How Dogs Communicate and what Actions Mean 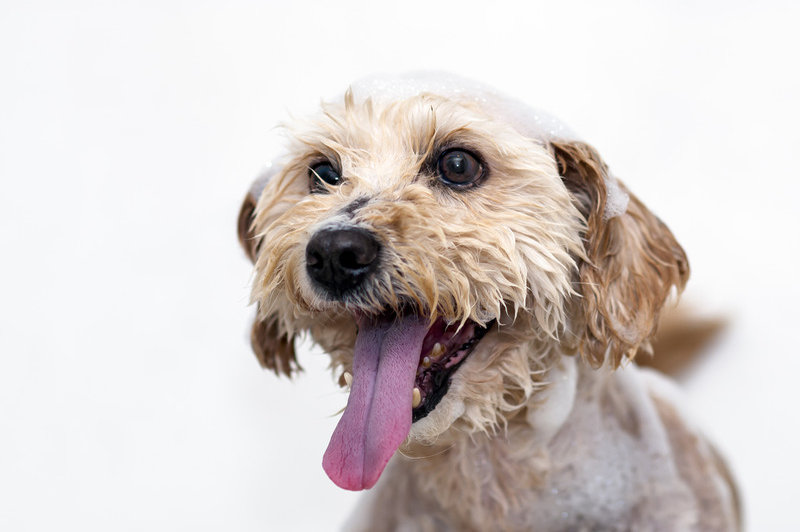 How Dogs Communicate and what Actions Mean

To communicate, a dog wags their tail, barks, lowers or raises their ears, uses eyes, and growls. Many people are not aware that there are actually numerous ways a dog “talks” and beyond that, meanings for each of those actions. Learning to interpret a dog’s behavior is highly beneficial. For one thing, this can build a better bond with the animal, it can prevent a human bite or other animal attack, and it can help when it comes to basic obedience and special training.

In this article, we want to address how dogs communicate and what each action means so that pet owners ultimately will enjoy the animal to a greater degree. Keep in mind that every animal has its own personality. Although the actions and meanings are the same across the board, the method or methods of communication are going to be unique from one dog to another.

(A dog communicates various things by the actions of the tail)

Whenever a dog’s tail wags fast, back and forth widely, or even in a circular motion, it indicates the animal is happy. Interestingly, studies have been done that show most dogs wag the tail fast to the right side when happy whereas dogs that wag the tail to the left are happy when encountering a new person. However, overall fast tail wagging is a sign of a content animal. Now, if the tail is wagging quickly and high in the air, the dog is demonstrating a sense of confidence as well.

While some dog breeds have tails that stick out horizontal from the body, this position typically shows that the animal is in a predatory mode. In other words, the animal has spotted prey such as a cat, mouse, or squirrel. However, a straight tail can also be the sign of a dog wanting to fight another dog.

When the tail is straight up, the animal is alert. This can be a sign of aggression but usually, it means the animal has noticed something of interest. Now, if the hair on the neck were to stand up along with a tail positioned straight and upwards, this is considered an aggressive stance.

A dog that has its tail in one of these three positions is probably scared although this can also be a sign of the animal being in pain or showing submission. When an animal holds its tail like this, a person wants to be cautious because whether afraid or hurt, there is some risk of the animal trying to bite as a defense mechanism.

-Tip Wagging of the Tail-

Sometimes, a dog will wag just the very tip of the tail, which can indicate several things. For instance, this form of communication can potential fear or wariness, predatory mode, or interest in fighting.

If an animal is around someone new or in an unfamiliar environment this is the expected action of the tail, which is a way of communicating confusion or uncertainty.

Dogs make several vocalization sounds to include barking, whining, and growling. Because these animals can only make one sound at a time, they communicate using a combination of vocalization and body language. This is why understanding ear, body, and tail action is so important.

Initially, some of these combinations can be confusing but overtime, an individual will learn exactly what the dog is saying. As an example, a friendly dog who feels scared or threatened might wag the tail in conjunction with a growl if a stranger approaches. One of the key methods of vocalization is barking. For this reason, we want to talk about how dogs communicate and what each action means specific to this type of vocalization.

All dogs bark. When barking is brief and at a mild tone, the animals is probably happy. For instance, a dog happy to see its owner coming home from work will bark out of excitement although this kind of barking is usually short-lived.

A dog that bars constantly is probably saying “I’m bored”. This is more commonly seen among high-energy animals although this kind of communication can be seen in any dog. Now, there are variances with non-stop barking. For instance, when barking is repeated often and fast, it indicates urgency that may or may not be associated with a behavioral problem such as separation anxiety.

A dog that barks frantically is probably over-pampered. While most pet owners want a dog to be loved and spoiled, things can be taken too far. When this happens, a dog acts out when the owner does not give into every demand.

A dog with a loud and incessant bark may have experienced some type of trauma. In this case, the animal is so fearful that he tries to instill fear in any human who is seen as a threat. An example of this is a dog that has been tormented by kids. From the moment the trauma occurred, the animal will do everything possible to scare off kids, which includes loud and incessant barking.

Another way dogs communicate and what the action means has to do with licking. In reality, a dog’s lick is similar to a human’s kiss. This might seem disgusting to some, but most animal lovers recognize this sloppy expression as one of pure love and affection.

There is a saying that the “eyes are the window to the soul” and this is definitely true when it comes to dogs. A dog has very expressive eyes and the key to understanding how a dog communicates and what the actions means involves paying close attention.

A dog that feels afraid or threatened will hold a long stare as a natural defense.

Some dogs have what is referred to as “whale eyes”, which is when the whites of the eyes can be seen. If a dog has whale eyes and gives a sideways glance, it means he is ready to attack if provoked or threatened.

If a dog stares but with a relaxed body and wagging tail, it shows playfulness. Typically, the animal is looking for love and affection from the owner.

Finally, a dog that avoids eye contact is submissive. The submissive nature can be associated with a number of things to include breed, personality, traumatic event, and fear, among other things. In other words, submissiveness is not necessarily bad. However, if a lack of eye contact has to do with past abuse, an individual needs to watch the animal’s body language to fully understand the communication and what the action means.